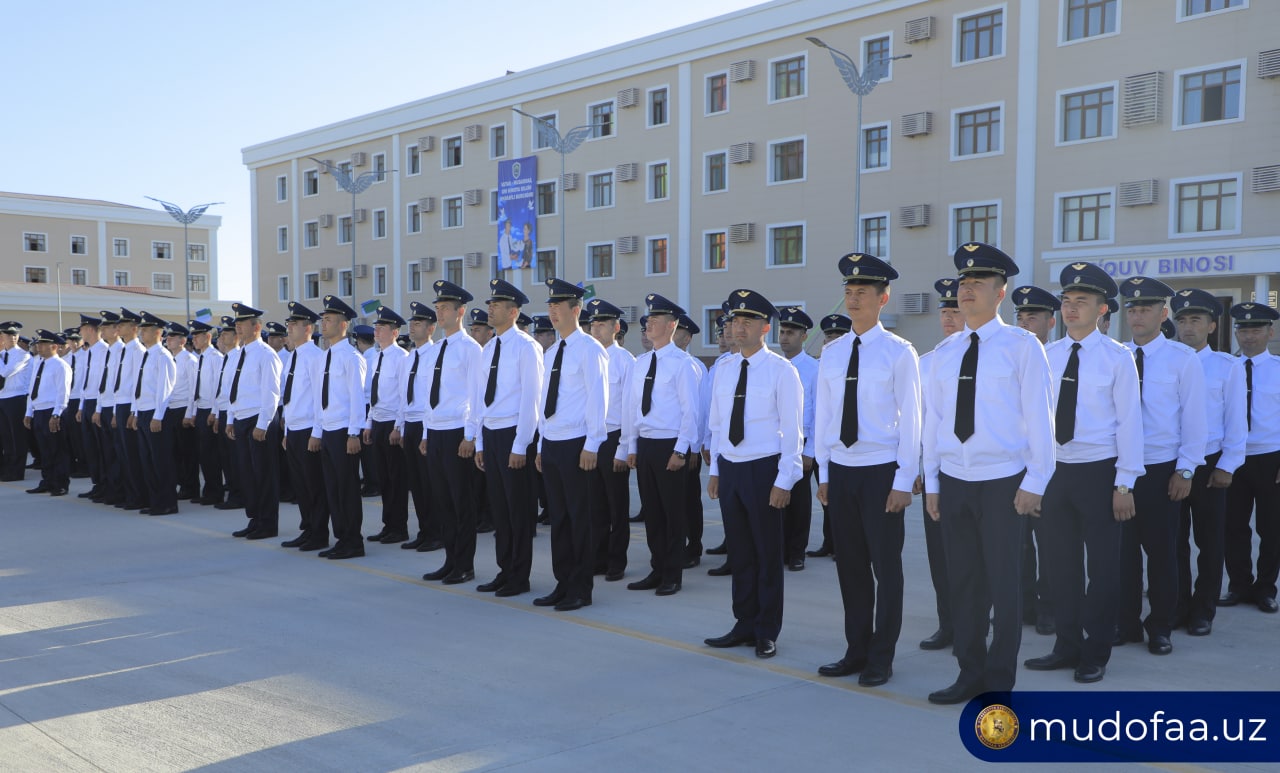 On June 25, the graduation ceremony of young lieutenants is taking place in all higher military educational institutions of our country. In particular, at the moment, a ceremonial party has begun at the Higher Military Aviation School of the Republic of Uzbekistan.

This year’s graduation took place as the 25th graduation in the glorious history of the educational institution.

Deputy Minister of Defense – Commander of the Air Defense and Air Force, Major General Ahmad Burhanov and Commander of the South-Western Military District Troop, Major General Zaynobiddin Iminov, the representatives of the state and public organizations attended the event and wished the graduates luck and success for their future activities.

The commander of the educational institution, A. Hamrayev said: “Today’s graduates got modern knowledge at the institution for 5 years and were trained as a personnel with intellectual potential, trained as pilots and engineers worthy of the Air Defense and Air Force of the Armed Forces”.

The 25th swallows are ready for flight. (VIDEO)